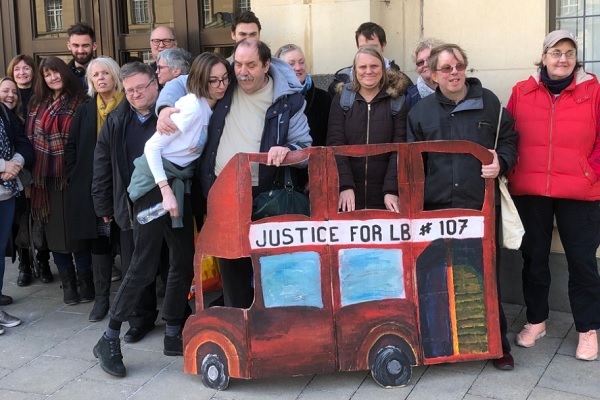 The HSE Prosecution of Southern Health

A group of My Life My Choice members went to Oxford Crown Court to hear the HSE Prosecution of Southern Health NHS Trust. Here's what Paul Scarrott, Jackie Scarrott, and Pam Bebbingon thought about it.

Paul said, “The first day of the hearing was a bit confusing. There was lots of information and legal jargon, and they were talking about more than just Connor Sparrowhawk.”

Jackie added, “We didn’t know about the death of the other person until then. I was shocked that she wasn’t being watched while she was in hospital.”

Paul explained that on the Tuesday they heard somebody from Southern Health talk. He said, “They were saying a lot of lies. For example, about Sara being intimidating.”

“After the second day we all went outside and had ginger beer. Then we went back for the sentencing the next week.”

Pam said, “I think the fine that Southern Health was given is reasonable. I think that justice has been done and I feel happier knowing that.”

Paul disagreed, saying that I thought the fine should have been higher. He said, “They kept saying that they needed the money to treat patients and train nurses. I think they should have thought about that before providing bad care!”

You can read the family statement about the prosecution here.