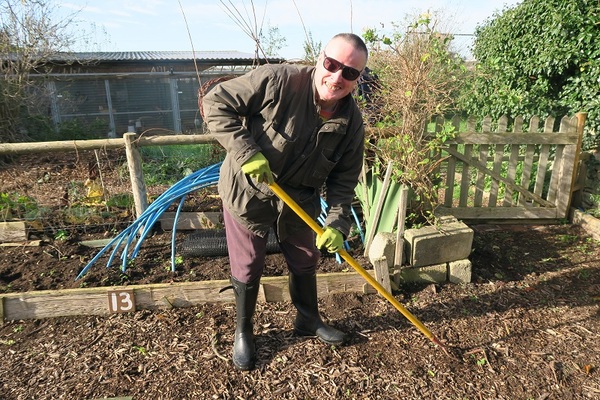 A Day Centre on a Farm? We Loved It!

As well as saying “Don’t Lock Us Away” our Champion’s group are thinking about what good support in the community is. This means visiting other services and charities, and meeting the people who they support.

On Monday, MLMC Champion Leslie, his support worker Malcolm, and MLMC staff member Kate, spent a day at FarmAbility to see what they do and how they support people with learning disabilities and autism.

FarmAbility is a day service on a working farm just outside of Oxford.

We arrived at 9.30 and were warmly greeted by staff, and given mugs of tea and coffee.

The people who come to the service are called co-farmers. They arrived between 10 and 10.30 and were also able to have a drink.

The day officially started with a meeting at 10.30. Everyone sat round a table to talk about how their weekends had been, and also what they were going to do for the rest of the day.

Our first job was gardening. We were given wellies, gloves and tools, and asked to get rid of the weeds on the path between vegetable beds.

We also went to get some woodchip to put on the path so the weeds wouldn’t come back.

It was good to be outside on a sunny day. Leslie said, “I enjoyed it.” But we also thought it might not have been so much fun if it was raining.

Next we went to the egg room. Leslie had a go using the machine that sorts the eggs into different sizes.

He said: “It was good. It was getting a bit fast in the end – all the eggs were coming at me! But I enjoyed it.”

Then we had a go at stamping the eggs. We found out that eggs need to be stamped so that people know where they come from.

We had a lunch break at 12pm until 1pm, and after lunch we helped to groom the horse and pony.

Leslie went and got the pony in the field and let the pony back into the courtyard, before being given a brush to use.

He said, “It was a bit hard to brush the mane and tail. But I really liked spending time with the pony. I also had a go at cleaning the hoof.”

Then we went for a dog walk, which Leslie said “was okay but a bit muddy.”

Leslie’s final reflection of the day was: “It was good. The people were marvellous. I really enjoyed myself and I think FarmAbility is a good charity.” 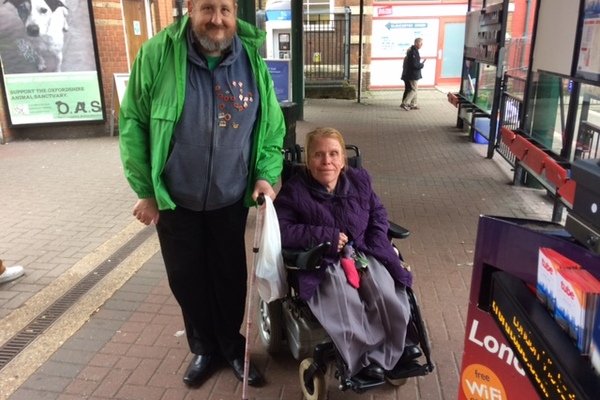 Not just about the bus! How Travel Buddy changes lives. 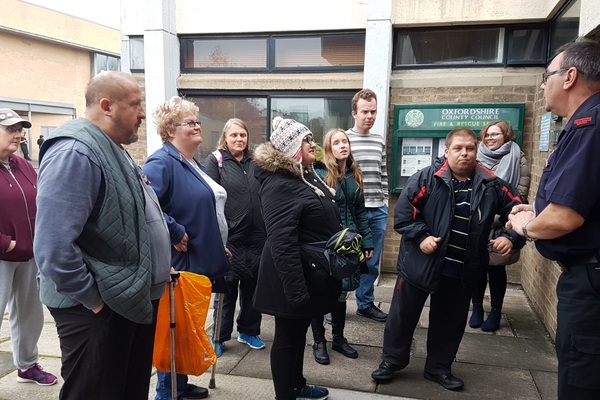 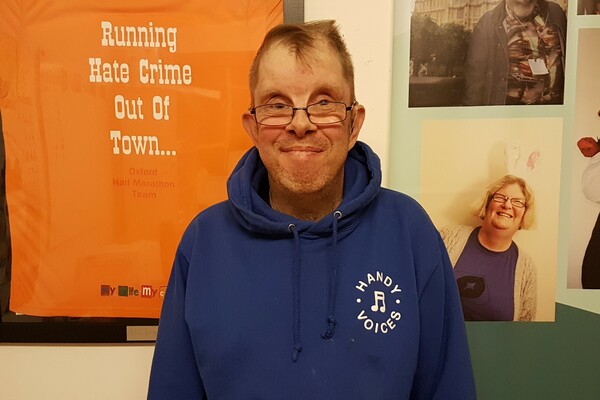 A Choir Where Nobody Makes a Noise!

10 Nov 2017
My Life My Choice is registered in England under charity number 1187726 at Unit 3, Watlington House, Watlington Road, Oxford. We use cookies to improve your experience using this website. To learn more, read our privacy policy.
Log in | Powered by White Fuse