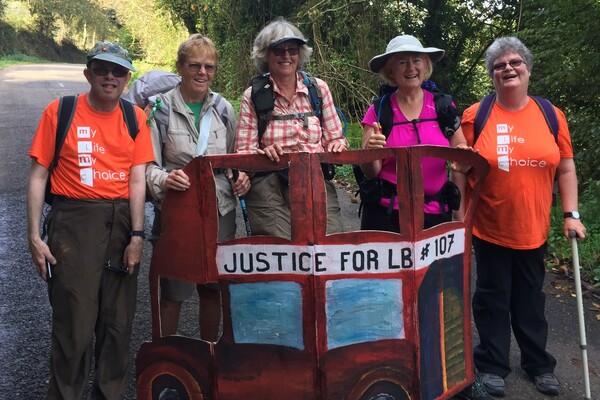 Holding public bodies to account: the Hillsborough disaster and Justice for LB

As part of his work experience placement at My Life My Choice, Tom Ryan has written this reflection on the similarities between the Hillsborough and Justice for LB campaigns.

At first it’s hard to see how the Hillsborough disaster which occurred on the 15 of April 1989 could in anyway be similar to the death of Connor Sparrowhawk, both being in completely different circumstances. However the events that occurred after the tragedies are in fact very similar, both were followed by a lengthy battle for justice involving campaigns and inquests, and both uncovered some horrible truths about the lack of accountability within the police force and the NHS.

One of the most obvious similarities between the two is the instant attempt at a cover up, and following on from that both campaigns refusal to let that happen. Following the disaster at Hillsborough a cover up story was quickly thought up, the police blamed the fans for the crush, claiming they had broken down the gate to get in and were drunk and disorderly. This was a complete lie; in the inquest we learnt that the gate was actually opened by the match day supervisor, David Duckenfield, and that there wasn’t many drunk fans at all.

It’s the same story with Connor, straight after his death Southern Health NHS Trust claimed that he died of natural causes and refused to take any blame for it. This attempted cover up wasn’t at all successful, one of the first things the coroner pointed out at the inquest was that 18 year olds don’t die of natural causes.  Both cases show the inability, due to fear of reputation damage, for both the NHS and the Police to take accountability for what they have done.

Hillsborough’s cover up had a wider impact as the story was published in the sun as a vicious article titled ‘the truth’, and many believed it to still be the fans fault until the inquest result this year. The Justice for LB cover up was one that many saw as lies from the start so never properly managed to gain attention. However both cover ups, regardless of how believable, led to lengthy fights for justice; Connors verdict coming 2 years after his death and Hillsborough at an astonishing 27 years after.
More similarities can be found in the main findings of the Hillsborough inquest and the findings of Connor’s inquest and subsequent reports (for example Mazars). Many of the Hillsborough findings can be applied to those of Connors Inquest, these findings being:

Here we see a clear link between both sets of findings, very much relating to the planning and leadership. Following both incidents there were many calls for resignations, with Hillsborough these were directed mainly at the Chief Constable of the South Yorkshire police, and with Connor’s these were aimed at the Southern Health board and CEO Katrina Percy. It’s obvious that many weren’t just calling for a removal of those in high up positions, but for a shift towards a sense of accountability among public services.

Lastly, both inquests themselves were very messy for something so unnecessary. Neither case needed an inquest, they were both caused by attempts at cover up, but even during the inquests many reflected on the way the barristers behaviour was horrid. The family solicitors of the victims of Hillsborough stated that the approach to the inquest was ‘to fight tooth and nail to avoid adverse findings by the jury’ this is very similar to the behaviour of the barristers at Connors inquest most notably when Sara Ryan (Connor’s mother) was in the witness box. The way she was spoken to made it seem like the barristers were blaming her for what happened, one even asking if she had specified that Connor shouldn’t be left unsupervised in the bath. This behaviour is completely out of order yet in both cases we saw it come out, with barristers failing to recognise the implications of what they say. Inquests are bad enough as it is, there is no need to make them worse.

Both campaigns for justice highlight the importance in fighting for what you believe to be right. Neither has been easy, and both have taken far too long, with Justice for LB still fighting. But one positive is how they’ve brought people together and shown what is achievable. Both campaigns were started by victims’ families and they have managed to give the victims a legacy, and in doing have uncovered many flaws within our systems and the way our country works.