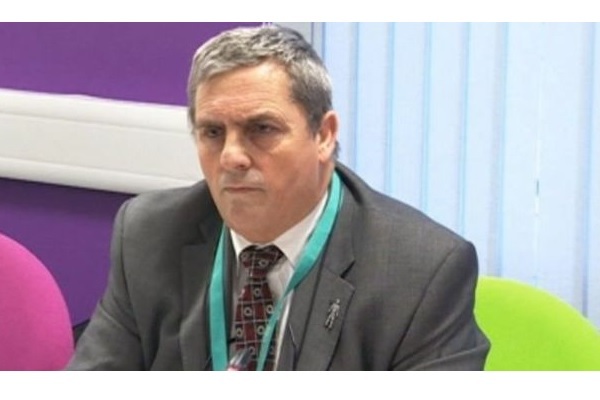 Meeting with the Chairman of Southern Health NHS Trust

After an exchange of letters, Mike Petter, Chairman of Southern Health NHS Foundation Trust, came to meet us to talk about Connor Sparrowhawk and the sale of Slade House. With him were Claire Feehily, a non-exec Director at Southern Health and the Chair of Healthwatch Gloucestershire, and Jason Warner, Lead Nurse for Oxford’s Learning Disability Team.

Here is what everyone said…

Dawn said “Who do you think was to blame for the death of Connor Sparrowhawk?”

Mike said “It’s a hard answer because a lot of things went wrong. But I am disappointed that the team looking after Connor didn’t give him the care that he deserved.

A whole bunch of mistakes were made, especially during the process of taking over the Ridgeway Partnership. But whoever runs a health trust, it comes down to the people who are looking after service users day to day.”

Claire added that this question would have been answered at Connor’s inquest. She seemed surprised when we told her we had been at the inquest.

Pam said “Why did Southern Health not listen to Connor’s family?”

Mike said “I’m doing work to find out why communication broke down with Connor’s family. My impression is that they really wanted to engage and I worry that they were kept at arms length.

There had been a lot of changes in management at Slade House, which doesn’t always help.”

Paul said “Do you think you could have done more to stop Connor’s death?”

Mike said “The people should have understood epilepsy. The way I understand it, he should not have been bathing unsupervised.”

Pam said “What have you done to make sure Southern Health doesn’t repeat its negligence in Connor’s death?”

Mike said “We’ve done a number of things and still have more to do. Epilepsy training happens routinely and is effective. But the biggest change is the way we care for people. We have reduced the number of people in inpatient units because we know there a better ways of caring for people. Now we have intensive support teams to work with people in their homes.”

Paul said “There are 3000 people with learning disabilities in inpatient units. How many are with Southern Health?”

Jackie said “How can we trust Southern Health to keep us safe?”

Mike said “All I can tell you is that as a board we are absolutely genuine about making sure it doesn’t happen again, and that our services improve. Hopefully you will see that things are different and trust us again. It’s also about trusting people like Jason who you see all the time. I know it’s taking a long time but we genuinely want to improve. Even I get frustrated with how long it takes to change things in the NHS.”

Jason said “You should offer us feedback and come to groups.”

Claire said “It should be a conversation.”

Mike said “I would like to repeat this meeting so you get the opportunity to feed back to the trust.”

Jason said “We should have done this two years ago.”

There was a long silence before Mike asked why we thought that Southern Health was fighting Connor’s family.

Shaun suggested that 6 Southern Health legal teams to Sara’s 1 at the Inquest looked a bit like fighting.

Mike said “This is one of the very few inquests where we had legal advice, and that shows that something went very wrong. If we could wind the clock back I would rather not have been in that position.”

He also explained that only one solicitor was there to represent Southern Health, and that the others were representing individual members of staff.

Mike said “I can’t give you an answer other than, I would have preferred not to have had legal representation.”

Graham asked “How much money has Southern Health spent on legal fees relating to Connor’s death and his inquest?”

Mike said “I don’t have that figure but I can get that for you. It’s a large sum of money.”

Pam said “What do you think of the Southern Health staff and legal representatives calling Connor’s mother ‘toxic’ and a ‘liar’?”

Mike said “It should never have happened. We should never revert to name calling. Whoever it is, none of it helps. Whenever we get to that point, the communication is broken.”

Jason said “If any member of my team used words like that they would be in serious trouble.”

Paul said “Connor’s family doesn’t think they have had a proper apology. Will you put this right?”

Mike said “Absolutely. I absolutely apologise for the death of Connor which should never have happened, and for all the hurt that has been caused by this. I’ll happily sit in front of individuals and hold their hand and genuinely apologise.”

Pam said “Would you be prepared to write to them?”

Mike said “Yes, if they wanted. I would rather do it face to face.”

Jackie said “What are Southern Health’s plans for Slade House?”

Mike said “The really quick answer is that we currently don’t have any plans. The long answer is that it does need to be sold. It’s not being used and Oxford needs the land for other things.

“If it is sold by Southern Health, the money will go back into Learning Disability Services in Oxfordshire. If somebody else sells it, they might have a different idea.”

Pam said “If it was sold could Connor’s family get some of the money?”

Mike “It would be really hard to do that. But they could have other options for compensation that wouldn’t depend on Slade House being sold.”

Jason said “You should look out for the Big Plan, which will tell you what will happen to Slade House.”

Graham said “Would you like to come on our radio show?”

After the meeting, we talked about how we thought it went.

Shaun said “I think that went okay. I had to be assertive to get the answers I was looking for because he was giving short answers. He sometimes didn’t know what to say.”

Paul said “I think it went well. The way I see it, he was taking some of the blame. They weren’t defending Southern Health.”

Graham said “It wasn’t like they said ‘You’re wrong and we’re right’. They accepted that it shouldn’t have happened. I like that they offered to meet us regularly.”

Pam said “They didn’t know how many people were in units. The other thing they couldn’t answer was how they can keep us safe. I was disappointed with that.”